Chat with us, powered by LiveChat

Thank you.
The resource package link is sent to your email address.

BACK TO FIELD TRIP PAGE

PCV will host an interactive, virtual tour of Hiroshima Peace Memorial Park that focuses on the humanitarian impacts of nuclear weapons. As PCV facilitators introduce the park, we will learn about the atomic bombing of Hiroshima, connect with the lost culture and community of Nakajima, and reflect on the meaning of peace in our own lives. PCV will use “Hiroshima Peace Park,” an AR experience, to explore the following questions/learning objectives:

– What was lost in Hiroshima on August 6th, 1945?
– What is the destructive power of nuclear weapons? What makes them different from conventional weapons?
– What did people living in Hiroshima experience when the bomb exploded?
– How is what happened in Hiroshima relevant to our lives today?
– What can we do in our own lives and communities to create a peaceful world?

On August 6, 1945 the first atomic bomb ever used in war was dropped on Hiroshima, Japan, ushering in the nuclear age. Within 10 seconds, blistering heat, blast winds, and deadly radiation reduced a once vibrant and bustling city to ashes, rubble and misery. Hiroshima's atomic bomb survivors, or in Japanese, hibakusha, have been working tirelessly for 75 years to ensure that what happened to them will never happen again, anywhere on Earth. What did the people living in Hiroshima experience? How is Hiroshima's past and present relevant to our own lives? And how can the stories of survivors inspire us to create a more sustainable and peaceful future?

In this program, PCV facilitators will use the immersive and interactive Xplore AR platform to introduce Hiroshima Peace Park, formerly Nakajima District, one of Hiroshima's busiest downtown centers and the target of the atomic bombing. Students will see video footage from the day, hear the testimonies of atomic bomb survivors accompanied by survivor drawings, interact with 3D models of Little Boy and the Atomic Bomb Dome, and reflect on the relevance of Hiroshima to their own lives and contexts. Unlike PowerPoint and other virtual programs, the Xplore platform places students in the center of Hiroshima while PCV facilitators physically move through Peace Park, as it was on August 6th and as it looks today.

- Articles detailing foundational information about the bombings of Hiroshima and Nagasaki

- Online resources for debates about the justification of the atomic bombings 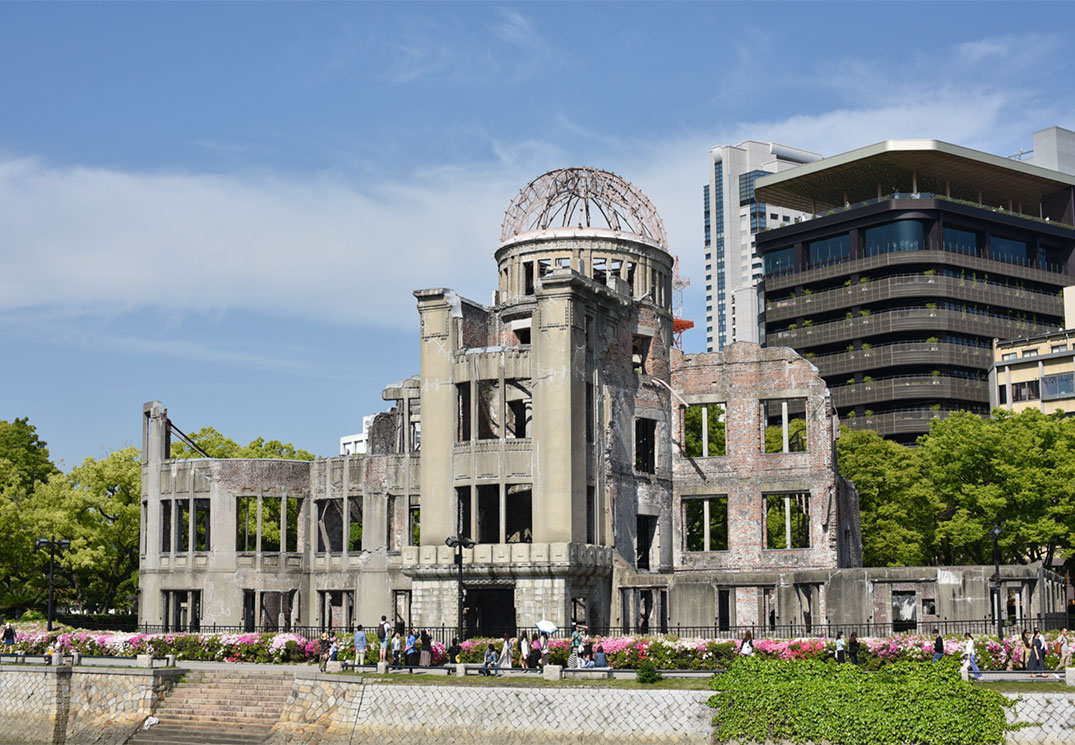