Chat with us, powered by LiveChat

Thank you.
The resource package link is sent to your email address.

BACK TO FIELD TRIP PAGE

BSNM will share an interactive, virtual education program about the Buffalo Soldiers and their involvement in the westward expansion of the United States of America.  Speakers will use an AR experience, to explore the following questions/learning objectives.

Overall objective: Analyze a reading source about the Buffalo Soldier in order to add to their overall knowledge.

These fighting men represented the first Black professional soldiers in a peacetime army. The recruits came from varied backgrounds including former slaves and veterans from service in the Civil War. The nickname Buffalo Soldiers began with the Cheyenne warriors in 1867. The actual Cheyenne translation was Wild Buffalo. The nickname was given out of respect for the fierce fighting ability of the 10th U.S. Cavalry. Overtime, Buffalo Soldiers became a generic term for all African American soldiers serving in the 9th and 10th U.S. Cavalry and the 24th and 25th U.S. Infantry Regiments. During the late 1800s and early 1900s, the Buffalo Soldiers were assigned to the harshest and most desolate post. Specific duties included subduing Mexican revolutionaries, outlaws, rustlers and hostile Native Americans. Additional administrative duties included exploring and mapping the Southwest and establishing outposts for future towns.

In this program, BSNM will use the immersive and interactive Xplore AR platform to showcase how the Buffalo Soldiers came to be. The users’ journey will begin at Fort Leavenworth, Kansas and will take them south and west to Texas, Montana, and other locations.  In a series of videos embedded in the locations featured on the map, a living historian describes specific events associated with each place. These descriptions offer insight into the daily-lived experiences of black soldiers in the U.S. West, including:  soldiers’ duties, experiments with bicycle-mounted troops, tools and machines used in the West, the first woman known to have served with the Buffalo Soldiers, and other events.  The artifacts and exhibits featured in this experience are currently on display at the Buffalo Soldiers National Museum in Houston, Texas.

This interactive map offers an introduction to the rich history associated with the Buffalo Soldiers. 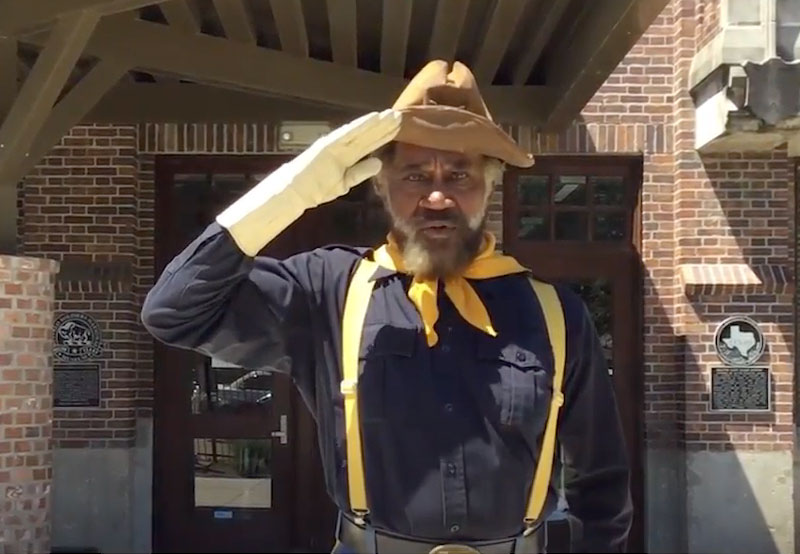